Local architect and builder, and president of BEAM Peter Lockyer has taken on a project in the Punjab of India with some challenges, the construction of a “sustainable house” over the next 3 years, at 4 months each year. This straw bale house is in a rural village and comes at the invitation of a former Seymour resident Ravish Sran. See part 1 of this article here.

Some early observations in India’s north-west Delhi is officially the most polluted city on our planet. Source:

Those beautiful sunsets in Australia with smoke in the air…the crimson sun…that is everyday India. Delhi is officially the most polluted city on our planet (and when we were there late January, there was a garbage strike to further challenge the scenery) and they have introduced an odds/evens number plate system to remove half of the private cars from the road traffic. Indians, like in China, want motor cars as they can afford it (and why shouldn’t they) but there are some serious air quality downsides. As well as congestion.

Potters in Delhi must be exempt- they still fire up there wood kilns with whatever wood material they can buy (often glue-laden laminates). It’s an incredible sight, but filthy air results. Their very livelihood is under a challenge.

In the past 10 years India has seen that auto rickshaws (the famous three wheeler taxi) in the city and buses alike all run on gas. In Agra there are a few electric auto rickshaws, but my friend with a gas old-style three-wheeler says they are under-powered and recharging is an issue. Still, their numbers have grown in 3 years, and with market demand we can expect technology improvement.

Public transport in India is big. India has, I would suggest, the biggest rail network in the world. It can appear slow and the trains are old, but it is safe and a source of Indian pride. Trains are very popular albeit the train punctuality in the country is….variable. First-class is rudimentary by Australian standards, and cattle class is…chockers. Its affordable .

The Delhi Metro was built for the Commonwealth games. This runs like clockwork, Singapore quality and VERY popular with the young and upwardly mobile. Village people don’t use it much: they stay local with their businesses. However the Metro has become too popular. Peak hour has trains every 10 minutes, but every one of them is very, very packed. In old Delhi last week we saw the cue from the underground run through the station, up the very long stairs and along the street for a good hundred metres! Gobsmacking as they saw. The Metro is still being extended, out to the new suburbs that appear like China 1950s. Somehow I like the old city better- dirty but exciting and full of character. Accommodation towers of uninsulated concrete may provide more accommodation, but they have no personality, no identity in my eyes, and very little local business. These are the epitome of the modern western planning system where you don’t work where you live. Its not a recipe for a sustainable society in my view. 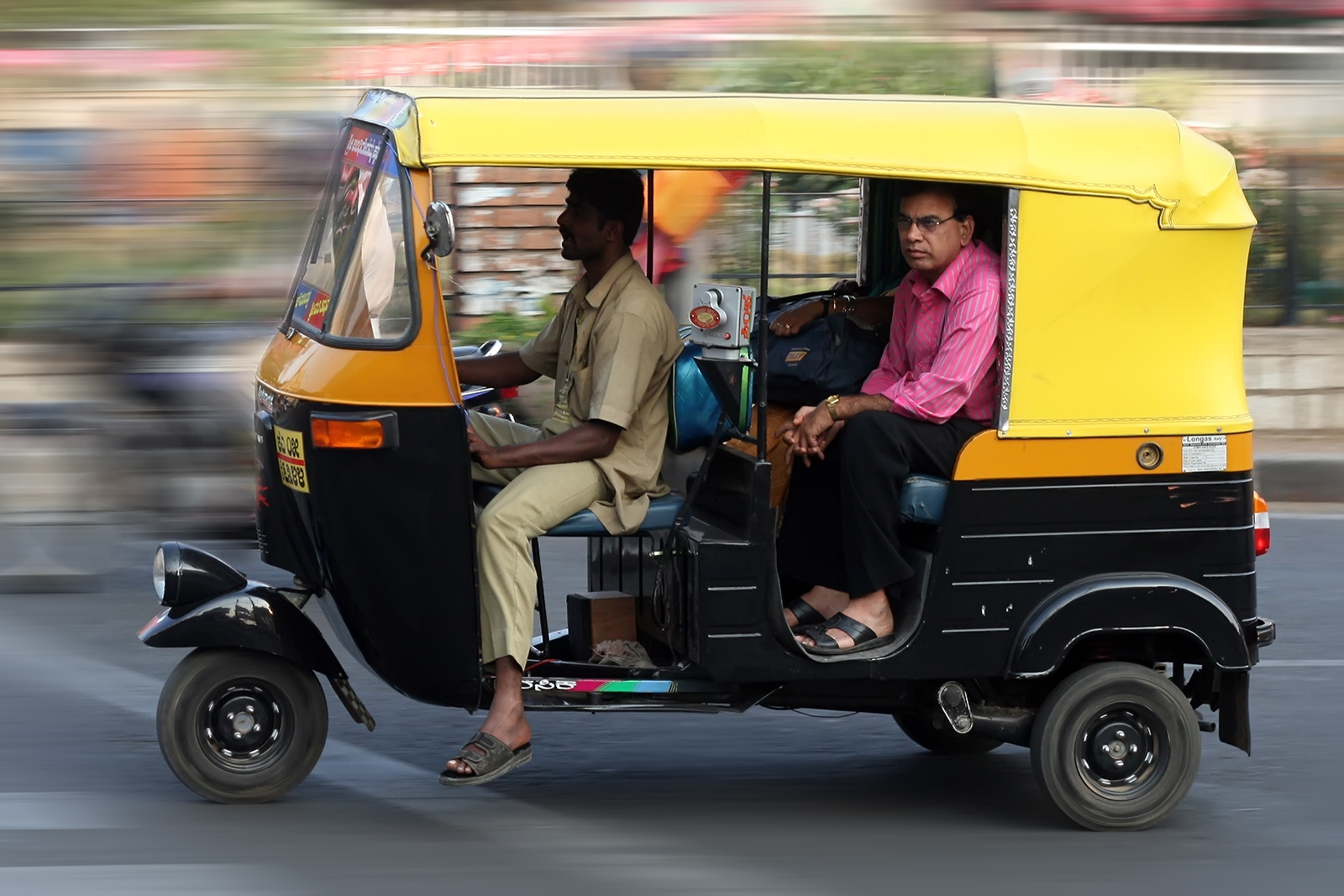 The three wheeler auto rickshaws are a feature in every town. In big cities some are electric, most are on LPG and in the country towns, there is a dirty diesel machine looking like an inspiration from Mad Max (slow but well patronised)!

India produces electricity from nuclear power and coal. Blackouts are common place. Street wiring is a sight to behold (spaghetti in the sky).

I have noticed an uptake in rooftop solar in the past 3 years, but its slow. The extensive rooftop PV was observed on a Metro Station, covered in dust. This is some employment opportunity: a need to clean dust off this technology if you want its maximum power potential. India is very dusty.

India has 300million people living in extreme poverty. Many small rural villages have no power whatsoever, so encouraging children to study by oil lamp or torchlight is not so attractive (but they do it). India came back from Paris and the Climate Agreement declaring it would ramp up its power system to provide power to the poor. Admirable, but they have openly stated this will be by coal-fired power, and poles and wires. I doubt this is achievable (India has struggled to meet ambitious development targets since 1947) but the pollution outcomes and global warming from this strategy, if implemented in full could scuttle global emissions efforts. It is a reckless policy.

Recently on Renew Economy I read about a recent Indian auction for large scale power, and solar was cheaper than coal. This is despite the depressed coal price (which is a boon for keep India’s Adani out of the Galilee Basin in Queensland). Ironically the very rich Mr Adani has just announced India’s biggest solar farm. Same man, its just a smart investment.

Renewable energy is India’s potential to solve its power problems for rural villages WITHOUT poles and wires. Get on board PM Modi!

Here in the Punjab, there is an impressive push for rooftop solar with hefty subsidies by the State. Whilst still not as cheap as unsubsidised rooftop PV in Australia, with market penetration the prices will come down. Its the Rudd Government circa 2013, and it worked for Australia. The pity is the subsidies exclude commercial and industrial applications.

Click here to read the latest newsletters and updates